The burials of gunners Joseph W. Rowbottom and Albert W.Venus along with the unknown remains of four other soldiers took place at Ieper Town Cemetery Extension on 20 April 2016 at 11:00 hours. Both gunners were killed in action on 24 May 1915. Shoulder titles from North & East Riding Batteries, RFA, were discovered with the remains.

The service was led by The Reverend Richard Hall , Chaplain  4th Regiment Royal Artillery and attended by H.M. Ambassador to Belgium Miss Alison Rose and the Governor of West Flandres  Carl Decaluwé. 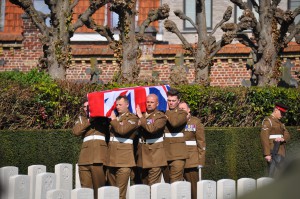 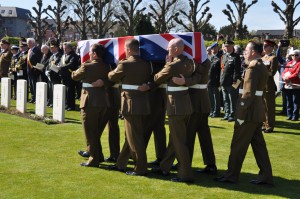 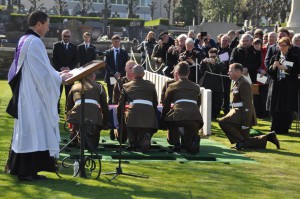