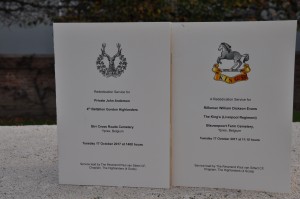 Two rededications in one day in the Ypres area. In the morning a service for Rifleman William Dickson Evans ,The King’s ( Liverpool Regiment) at CWGC Blauwepoort Farm Cemetery. Evans was born in Everton and enlisted on 7 November 1914. His total service was 173 days before being killed on 28 April 1915 and buried in Blauwepoort Farm Cemetery, but his grave was subsequently lost or destroyed due to fighting. There is no evidence to suggest he is buried elsewhere or that this burial was cancelled or altered. His relatives submitted a case in 2015 which has resulted in a headstone being placed near the entrance saying: “ Buried elsewhere in this cemetery”. Members of his family have attended the service. 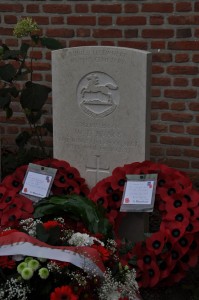 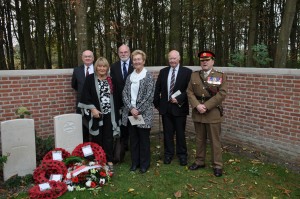 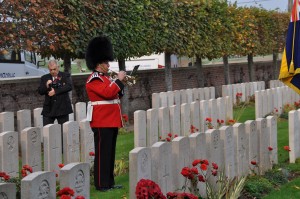 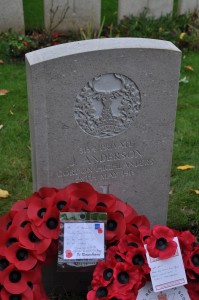 Of particular interest in this cemetery  the headstone that remembers Sergeant Camille De Wattine , a decorated Belgian Army interpreter, killed in September 1918.

The JCCC is responsible for undertaking work to identify and bury the remains of recently discovered service personnel killed in historic campaigns from WWI onwards. They also consider evidence submitted relating to the identity of previously buried service personnel. Neither the MOD or CWGC will allow the exhumation of an existing grave to facilitate identification. Another task of JCCC is tracing surviving relatives and rededications. JCCC will arrange every rededication service with military honours at the graveside.