Harlebeke New British Cemetery was made after the Armistice when graves were brought in from the surrounding battlefields. The cemetery is located along the Deerlijksestraat , not far from Harelbeke town centre. The British always used the name “ Harlebeke”. 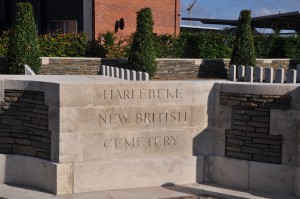 On Tuesday 25 July 2017 a Rededication Service was held at the cemetery for 2nd Lieutenant Bertie Swallow, Lancashire Fusiliers. The service has been organised by the Joint Casualty and Compassionate Centre and was attended by regimental representatives and local dignitaries.

There are only 4 other Lancashire Fusiliers officers who were killed within a few weeks of Bertie Swallow’s death and who have no known grace; all of them can be excluded as their battalions were between 30-100 kilometres away.

All this shows that there is no other candidate for the unknown grave in Harlebeke. No other officer of the Lancashire Fusiliers is listed as missing or killed in the relevant place and time period. His field burial site was not the scene of any armed conflict until the arrival of the Lancashire Fusiliers on 31 October 1918. By elimination , Plot ii. A.11 at Harlebeke New British Cemetery contains the mortal remains of 2nd Lt. Bertie Swallow who was born in Leeds in about 1885. 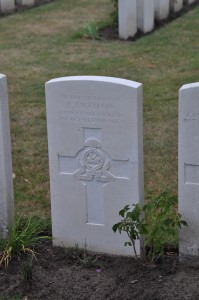 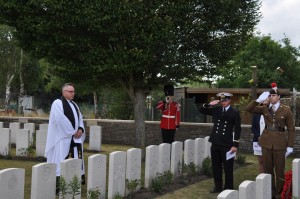 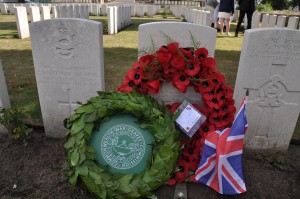