“I once was lost but now am found “

On 27 January there was a headstone rededication at Hooge Crater CWGC cemetery. The ceremony was being held to recognise that , following the presentation of research supported by evidence ,two casualties , originally buried as Unknown Australian Soldiers have now been identified. The investigative work was carried out by the Fallen Diggers. The ceremony was conducted by the Australian Defence Forde and attended by the Australian Ambassador to Belgium.

The solemn and dignified event took place in bitterly cold conditions and there was a musical presence by a lonely piper and two buglers of the Ypres Fire Brigade.. 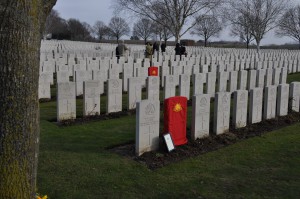 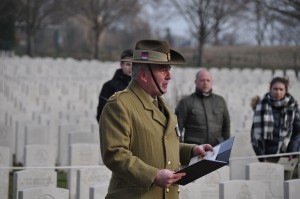 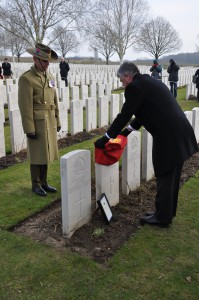 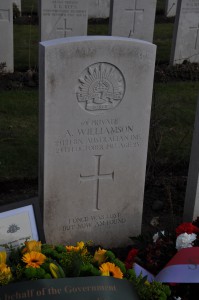